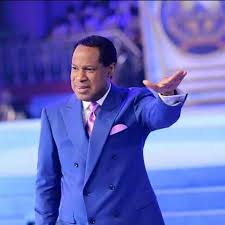 Rumors about Pastor Chris and his wife are getting a divorce has been floating around for some time now. Some people like to keep their personal life private to avoid criticism; however, Pastor Chris has decided to come forward and address these allegations once and for all. On September 7, during Pastor Chris’ global communion services he spoke and informed the crowd that getting a divorce is not biblical, to start off.

Pastor Chris wanted everyone to know that the allegations are ridiculous and stupid. Yes Pastor Chris is a man of God and yes he is a pastor; however, he shared some interesting words with his congregation on this day. He does consider divorce as an option if he wife keeps insisting or pushing that they should get a divorce. Even though the bible does not support divorces, Pastor Chris does consider divorce as an option. Pastor Chris pointed to the point that we all are human. He believes that Christians should not have a divorce since it is not biblical. However, that does mean that Christians cannot look to divorce as an option at some point in their marriage lives especially if the relationship is unhealthy or simply just not working out.

Pastor Chris did not appreciate how the African media was trying to make a story line and earn money off he and his wife. The pastor thinks the their allegations are out of hand and unnecessary. Pastor Chris thinks its best in some situations for people to focus on themselves instead of focusing on other people. The media took the allegations as far as asking the members of Pastor Chris’ church to pray for his estranged wife.

Pastor Chris doesn’t appreciate being accused of things that he did not do by the media. Pastor Chris reminded his congregation that there is a difference between being a man of God and preaching God’s word. Pastor Chris considers himself to be a man of God. A man of God is someone who was directed by God to complete God’s works. A preacher is a man who just preaches and teaches God’s word. According to Pastor Chris, he is more than a preacher, he is a man of God because he was actually sent by God.

Pastor Chris also reminded his church members to remain focused on him, the church and God’s word. He doesn’t want any of the church members to focus on the false allegations and rumors that the media has been publishing trying to distract them. Pastor Chris will continue to preach and teach the word of God to his congregation while being a man of God. He will not let the rumors distract him nor will he allow the rumors to stop him from being a man of God.